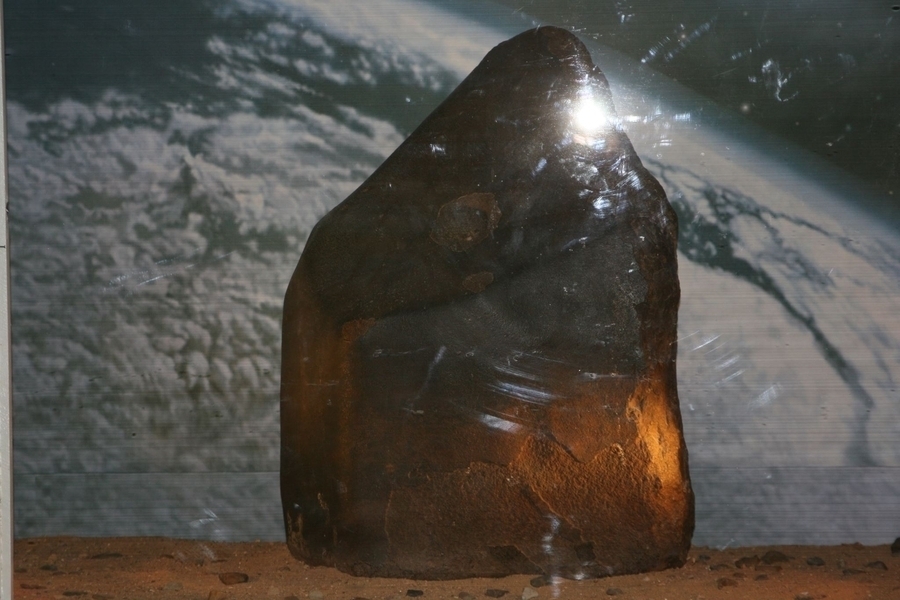 Khentii /MONTSAME/ In 1989, a meteorite was found in ‘Zeertiin khondii’ on the frontier of Galshar Soum of Khentii Aimag and Tuvshinshiree Soum of Sukhbaatar Aimag. The meteorite is named after the site ‘Galshar-Tuvshinshiree’.  The meteorite is 79.5 cm high, 45-52 cm wide, and weighs 550 kg.

In 2010, Professor G.Gongorjav studied its chemical composition in collaboration with Doctor B.Tsendee from the Institute of Thermal Engineering and Industrial Ecology of the Mongolian University of Science and Technology. They analyzed the object two times using physics-chemical and chemical selective methods of an X-ray fluorescent spectrometer.

According to the study, silicon dioxide makes up 33.93 percent of the composition, total iron 25.11 percent, magnesium oxide 21.10 percent, iron (II) oxide or ferrous oxide 8.68 percent, aluminum oxide 2.04 percent, calcium oxide 1.68 percent, nickel 1.58 percent and total sulphur 1.26 percent. Therefore, they identified that the chemical composition of the meteorite is the same with chemical compositions of meteorites found in Russia such as ‘Markova’, ‘Odessa’ and ‘Polujamki’, and proved that it is the largest meteorite found in Mongolia.